View Blog Archive Ascending Stories > Simulated NDVI (VARI), is there anything to be gleaned from it? 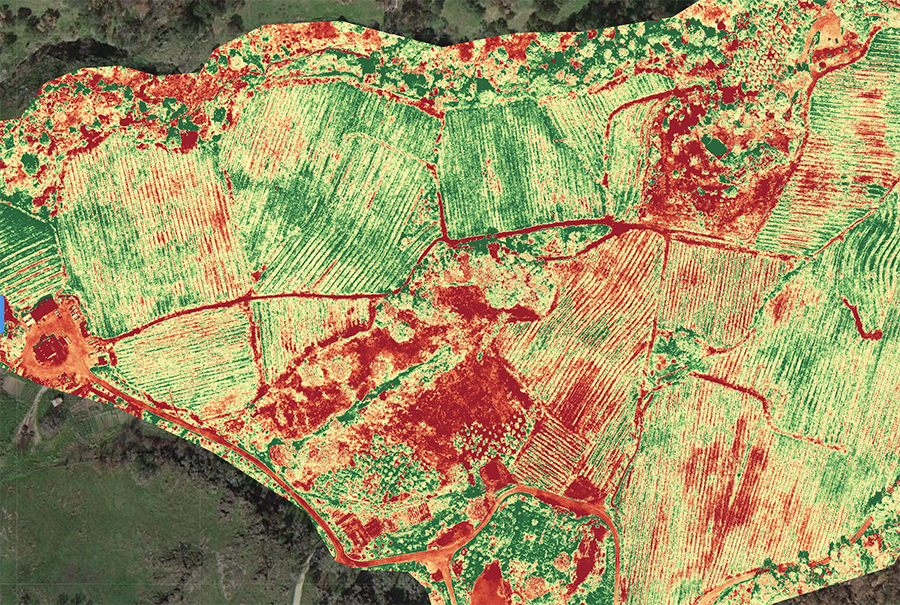 Last year I had the opportunity to study a 200 acre mountain vineyard property throughout the 2017 growing season. We made our first maps in March of 2017, and the final maps on November 1st, 2017. During the course of the season we flew the property 13 full days, each "day" averaging 10 - 14 individual flights. It was a great experience, enough for a book and far too much for a blog, but one of the interesting take-aways to me was simulated NDVI (VARI) and elevation studies.

We did it, but I discounted it over and over, for a few very good reasons, it's simulated, I'm not a farmer, and the manager of the vineyard knows the lay of the land...but then I started looking at the files closer to figure out, what it was, if anything, I was looking at, and it started to become obvious to me, layman that I am, that there were patterns in the images. Not earth shattering OMG patterns, just things as a vineyard manager, I think I would want to know. Is plant density greater at different elevations for example, sure you know this as a vineyard manager, but does the imaging support it? If so, are you taking advantage of every opportunity to grow at elevation?
When I look at simulated NDVI for example, I'm not kidding myself into thinking I'm looking at highly scientific data, I can't tell bugs from mold, or over irrigation from over fertilization, I'm a data guy, but I can see really obvious things, green from red, undergrowth, overgrowth, crop density, things that pop out instantly, and might be a useful tool before heading out into the back 40 with a mule full of tools.
Honestly, I don't know, I'm just a guy with a drone and some cool software trying to find out if any of it is useful, but this is some of what we looked at last year in an attempt to answer the question.
This is "Writer's Block" (the saddle shape outlined in red in the center of the image). It's a single block of a much larger vineyard, but we like it because it's "complicated", it has issues, but it's beautiful, in other words, it's like the rest of us. There's a 250' elevation differential between the west and the east edge of this small block, for example. The sparse edge to the right is quite steep, especially where you see the 5 rows of isolated vines which rises to nearly 1250'.

In the center, and throughout the upper right portion of the block, you see more red mixed in with the green. In layman's terms (mine, in other words), green = growth, red = not growth, simple, but it tells us something, simply, some percentage of the block is not producing, why?
In this case, the vineyard manager has worked this vineyard for over 20 years and he knows exactly why the Writer's Block has areas of non-growth, rocks, deep volcanic rocks for example, are the reason for the red in the center of the image, and off to the right as well. He knows grapes will never grow there, but he also knows that's the reason for the flavor of the grapes that do. Like I said, complicated.
But we're not...complicated. 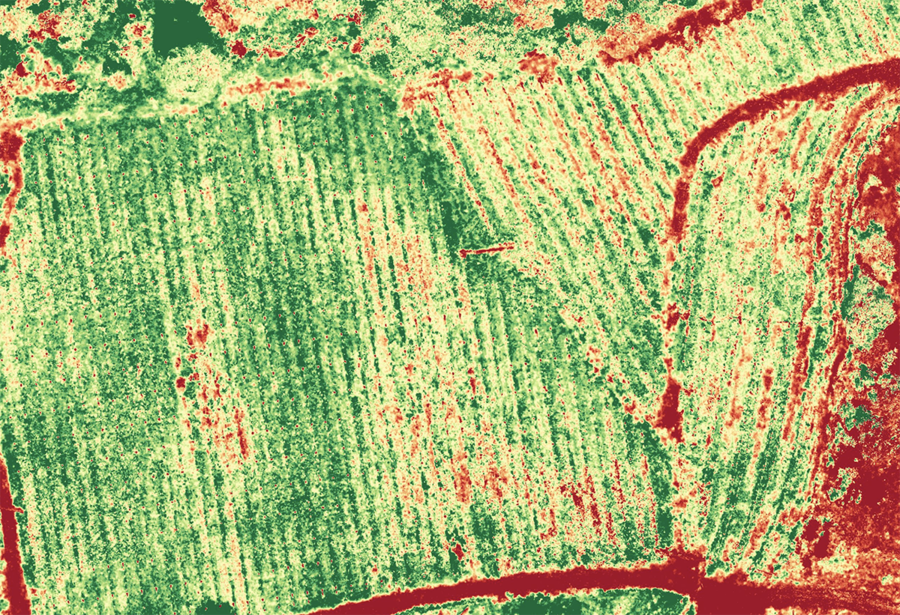 So we can't do anything about the rocks, but there are other issues that there might be a resolution for that would help the grower improve yield, like addressing run off, or increasing irrigation or nutrients in thinning areas.
The point here is, really, that just because it's not true NDVI doesn't mean it's not useful. There are lessons to be learned here, everywhere.
I also started taking a closer look at elevation studies. I knew these vineyard properties inside and out, or so I thought, so when I originally looked at elevation studies, I looked at them much like I looked at simulated NDVI, "ya, so, that's 1000' on that side and 1600' on the other side, so?"
Not, so.
We tend to make things overly complicated, at least I do, perhaps as a need to make them more important than they really are, but we really should be looking for the simplest answers to the most complex questions, no?

Do I see anything at all? Are there areas of color that are growing better than other areas of color, if so, why? Is there anything we can do to move one from one side to the other?
Again I don't know, I'm not a wine maker or a farmer or a ranch hand...or a crop scientist, I'm just a guy looking at images and wondering if they make a difference. 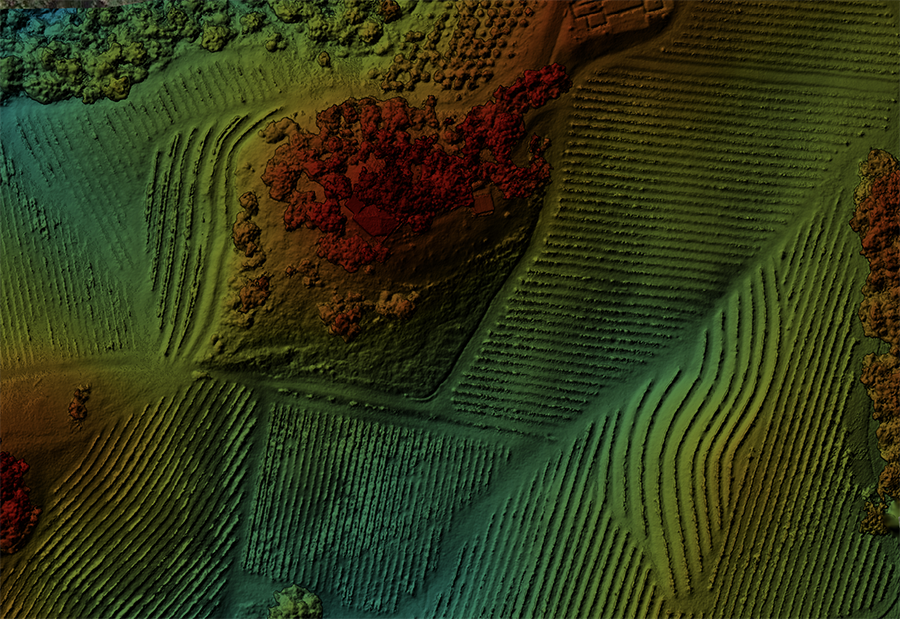